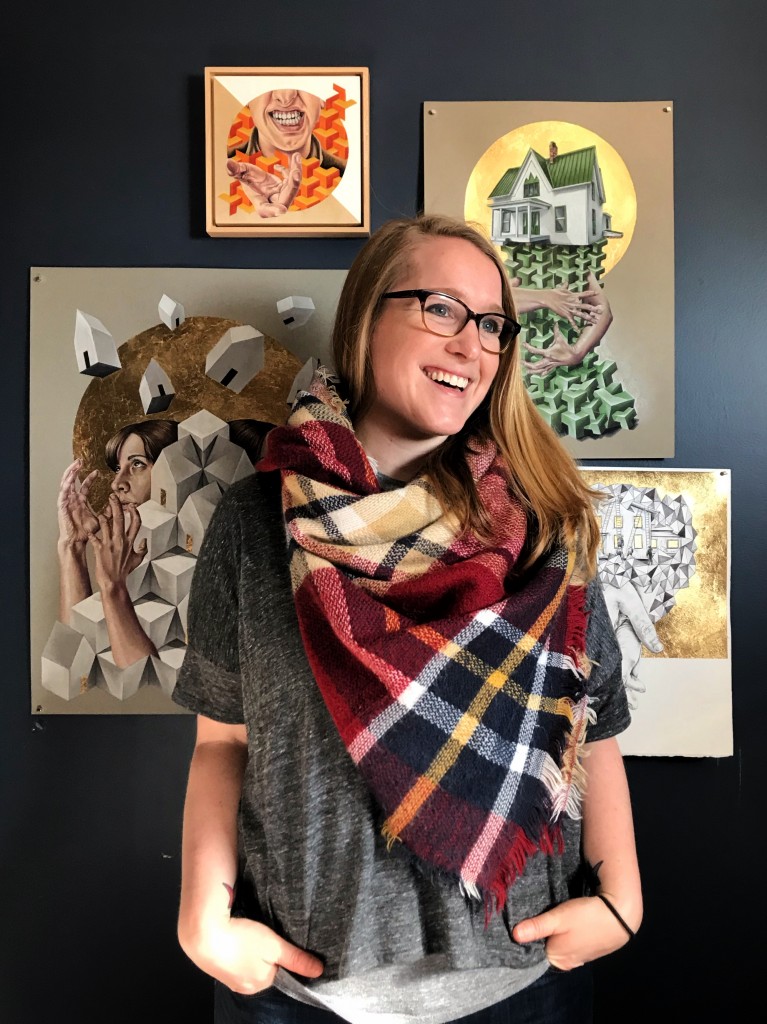 I stumbled across a quote by Henry Adams a few weeks back that struck me as indicative to my approach to art making. Adams said, “Chaos was the law of nature; order was the dream of man.” This precarious point between the two extremes is where I like my work to dwell.   While I will […] 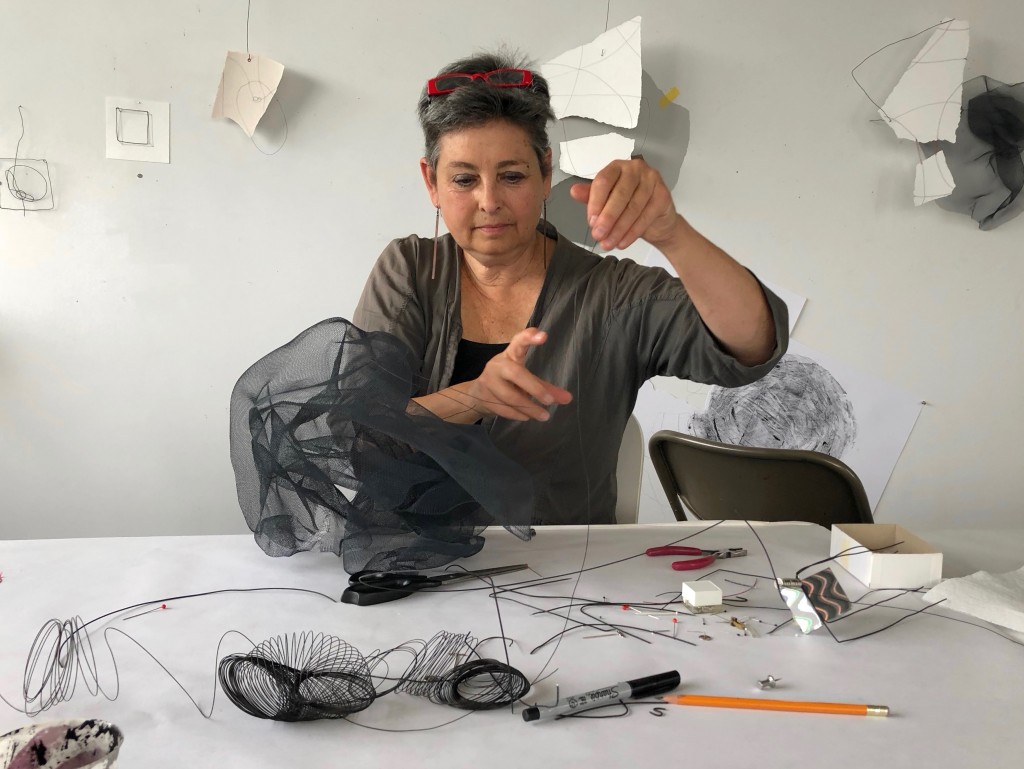 I’ve been making art since the 1980’s.  I began at Reed College in the ceramics studio in my spare time and eventually took some art courses at Boston University and Mass College of Art. When I moved to London, England I was making large scale ceramic installations but with the birth of my second child I […] 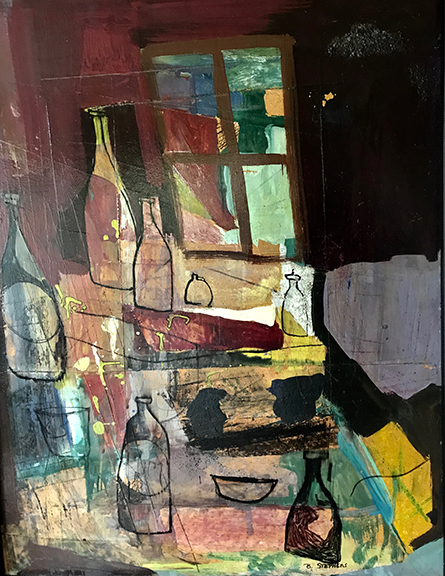 I grew up in Lyons NY.  My high school art instructor, Norm Williams was a gifted artist/teacher who was instrumental in my development as an artist. On his recommendation, I applied to the prestigious Layton School of Art in Milwaukee WI. The school at that time was under the direction of Edmund Lewandowski, a contemporary of […] 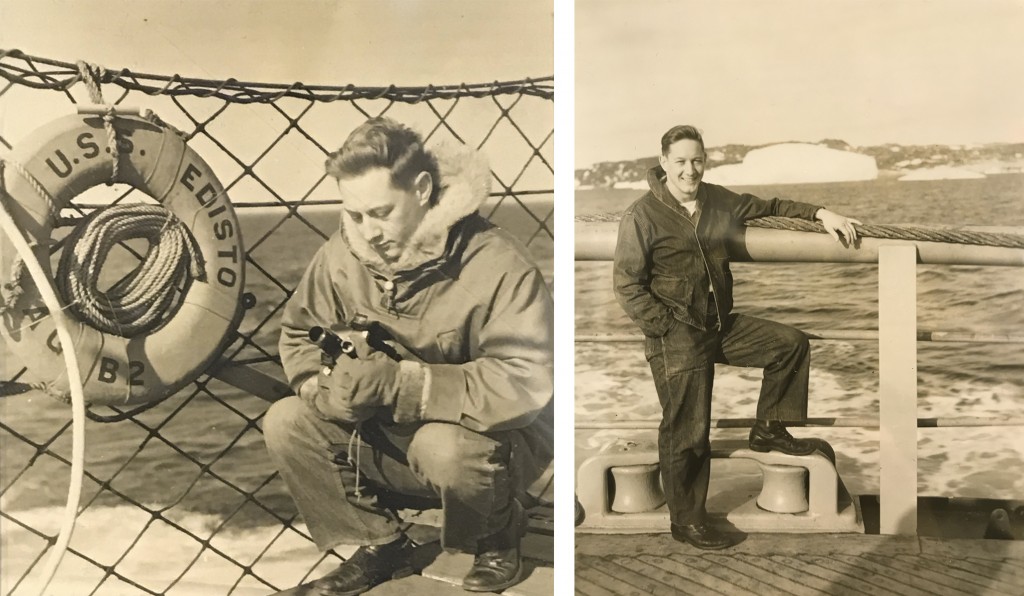 I began painting this series after the loss of my father, Joseph Loder Bryce, in 2015. Loder served in the US Navy as a photographer aboard the Icebreaker USS Edisto in the early 1950s during the cold war era. His ship supported the installation of the Distant Early Warning Line (DEW Line) in the Arctic […] 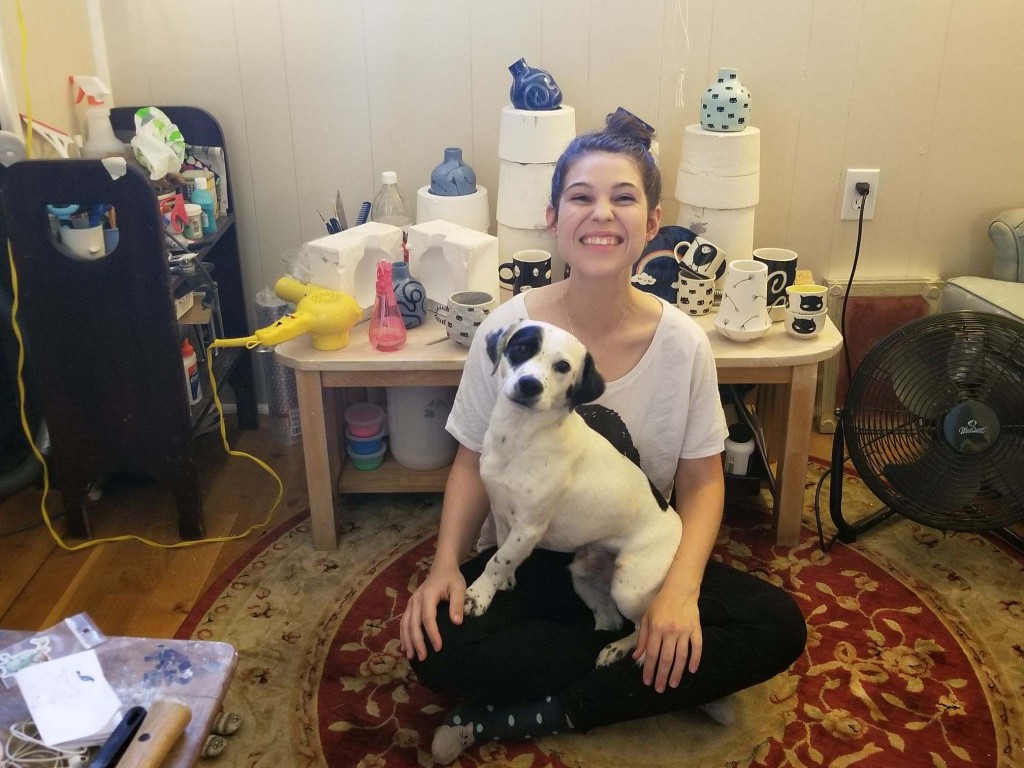 Maliya Travers-Crumb, artist in residence at Main Street Arts, during the month of August 2018, is working in one of our two studio spaces on our second floor. We asked Maliya some questions about her work and studio practice: Q: Tell us about your background. I grew up in Avon, NY outside of Rochester. My mother is a quilter so our […] 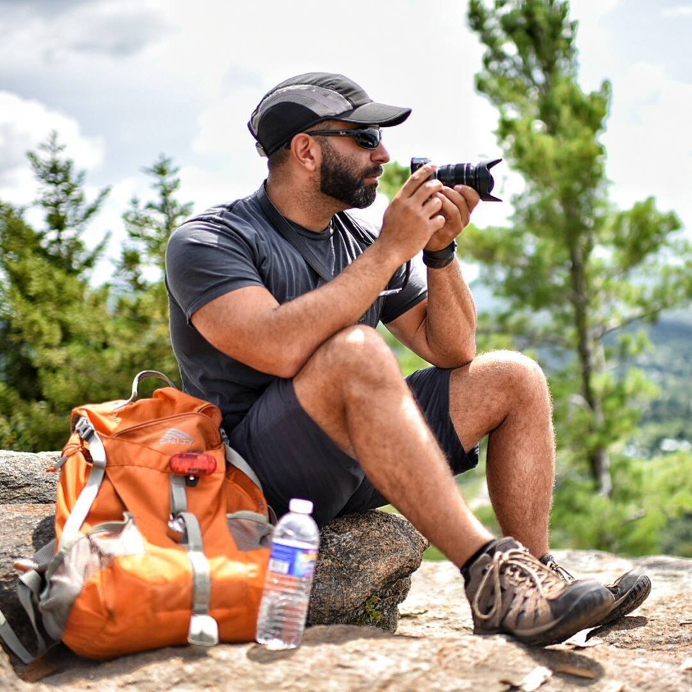 In 2001 I was given a Pentax k1000 camera as a gift from my parents. It was a send off gift as I was headed to art school that year. Little did I know that I would always be drawn to the lens. Over the past eight months I have realized the gift I was […] 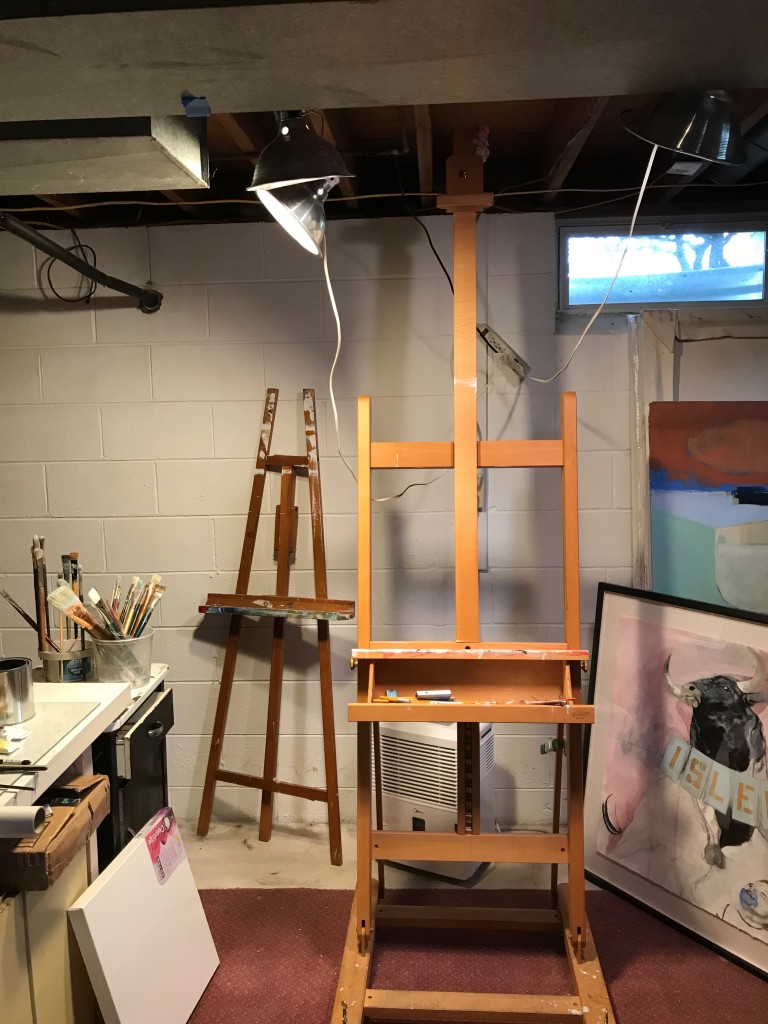 I have always been creative as far back as I can remember. It wasn’t until I went to college that I began to paint. I mean really paint. I earned my BFA in 2002 and didn’t officially become a full-time artist until 2013.  Soon after, I shifted into the role of stay-at-home dad and nighttime […] 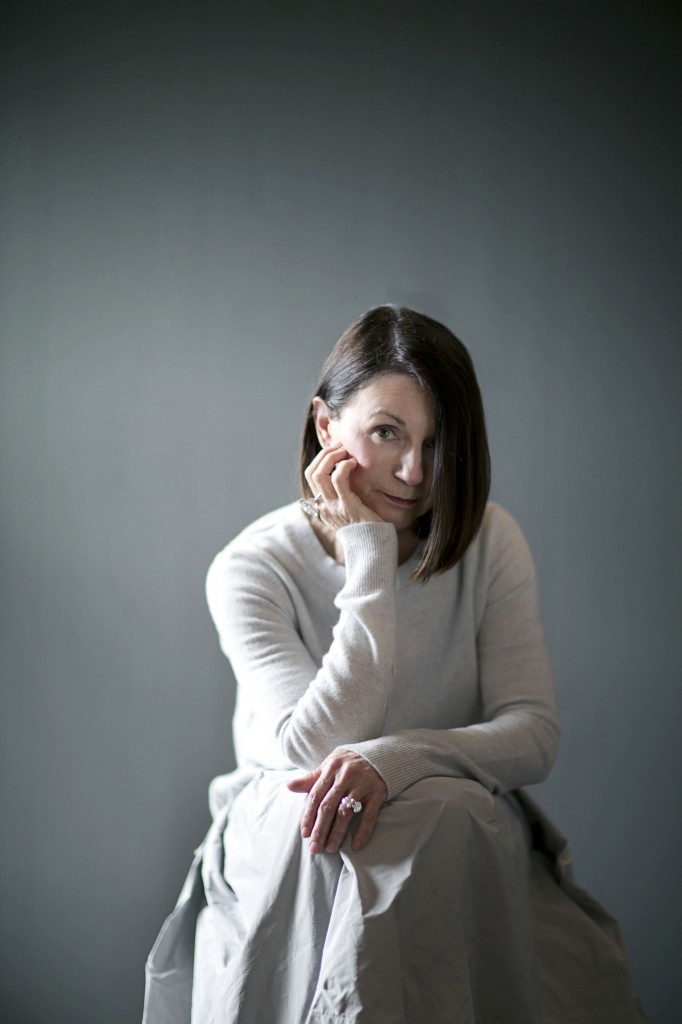 I have worked as an artist is some form or another all my life.  I received my degree from Rochester Institute of Technology.  I began as a painter and printmaker, specializing in etchings and mixed media prints.  I also published a series of die-cut cards which rapidly expanded and were published under the name of […] 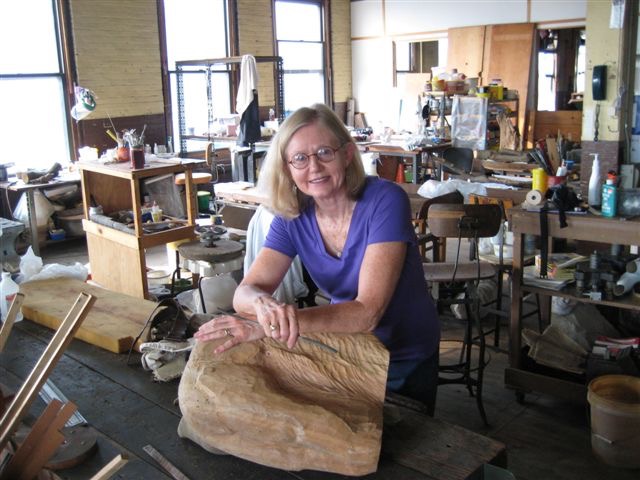 My work process is highly intuitive and relies on an interactive dialogue with the materials at my hand and the possibilities in my head.  I use the energetic/magnetic variety of materials—sometimes, at the edge of existence—to resurrect a visual metaphor in sculpture. The work often progresses through many iterations before being realized for exhibit.When I […] 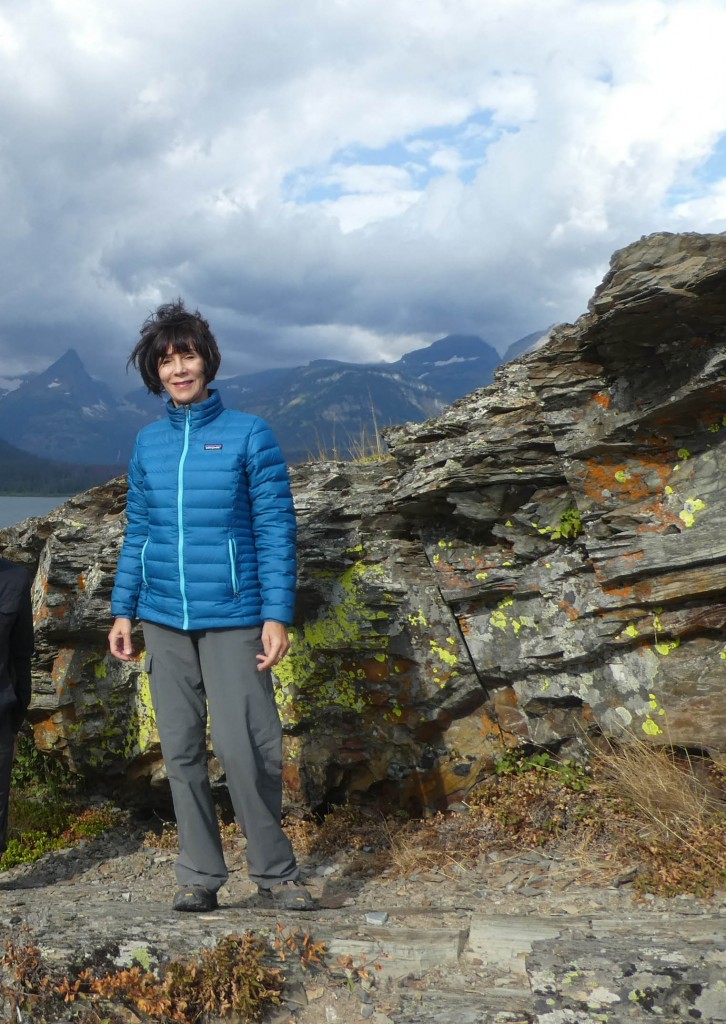 Although Rochester has been my home for the majority of my life, I wasn’t born here. My family moved a lot when I was very young, and as a young adult I lived in various places before returning to Rochester. These experiences may have led to my interest in navigation of place and time as […]