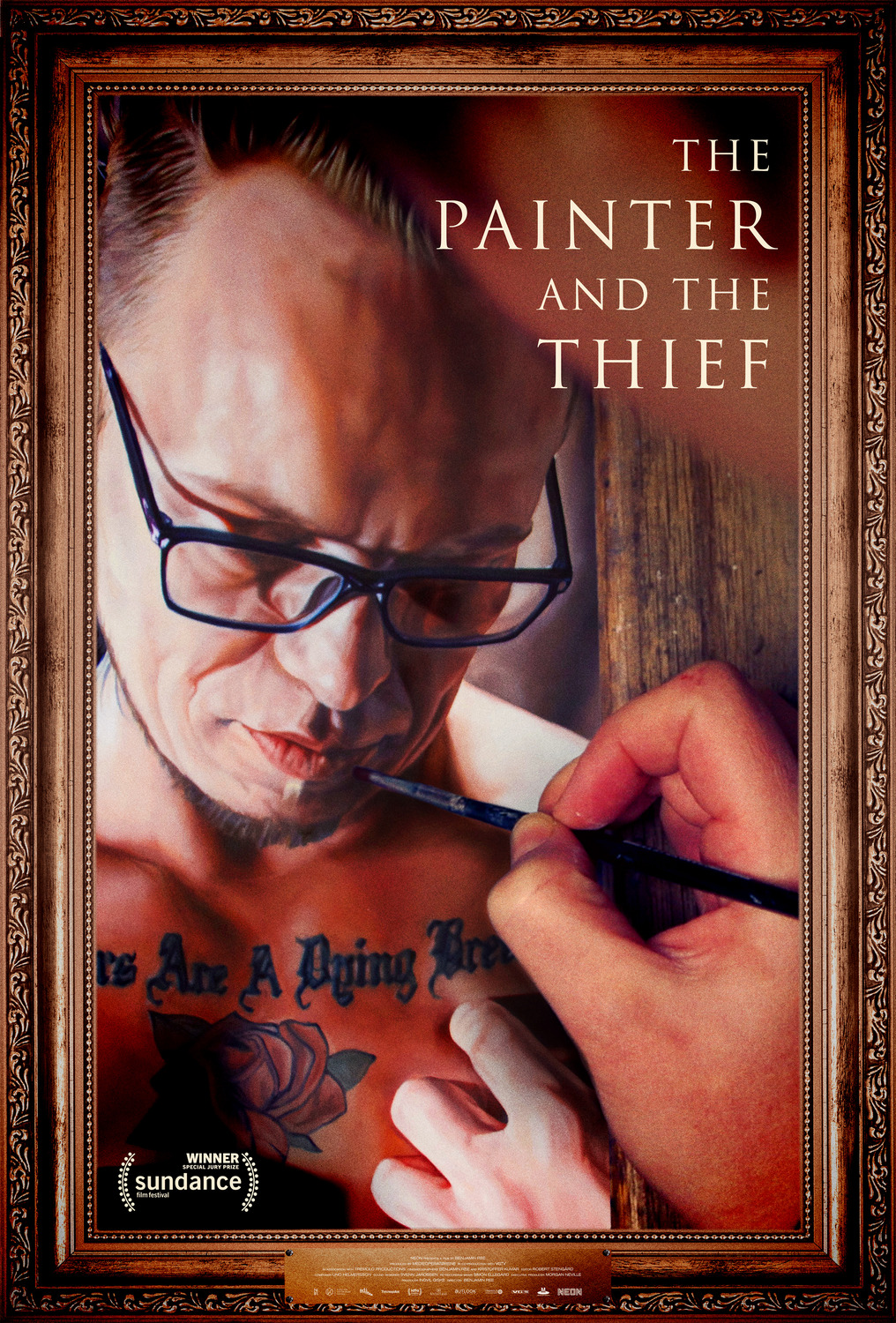 Film Screening: The Painter and the Thief

Join us for the first free art documentary of 2022! The film, The Painter and the Thief, is about an artist who befriends the thief who stole her paintings. She becomes his closest ally when he is severely hurt in a car crash and needs full time care, even if her paintings are not found. But then the tables turn.

Young Czech artist Barbora Kysilkova relocates from Berlin to Oslo to launch her career as a painter. In April of 2015, her two most valuable, large-format paintings are stolen – with care – in broad daylight from the windowfronts of Galleri Nobel in Oslo’s city center. Desperate for answers about the theft of her paintings, Barbora is presented with an unusual opportunity to reach out to one of the men involved in the heist – Norwegian career criminal, Karl-‘Bertil’ Nordland. Filmmaker Benjamin Ree begins to document the story after Barbora unbelievably invites her thief to sit for a portrait, capturing the unlikely relationship that ensues as the equally damaged duo find common ground and form an inseparable bond through their mutual affinity for art.—Mae Moreno