This exhibition featured the individual and collaborative works of Mizin Shin, Rachel Shelton, and Bob Fleming. Works included consisted of printmaking, painting, sculpture, and installation by the three co-owners of Mirabo Press in Buffalo, NY. The title of the show represents the notion of making connections and interconnectivity and also alludes to the idea of making space for conversation, which artwork does so well.

About Mirabo Press
Mirabo Press is a printmaking studio offering limited edition printmaking by contract to individuals and galleries, working to expand the local art scene by collaborating with both regional and national artists. These collaborative opportunities allow for advancement of the medium and we are happy to work with artists both inexperienced and well versed in print media. Equipped for intaglio, monotype, relief, and screen printing, Mirabo Press also provides educational and community programming. Workshops for small groups designed to give individual attention cover a range of processes, and local educational institutions are welcome to bring students to the studio to learn about this democratic and socially formative medium.

About the Artists
Born and raised in South Korea, Mizin Shin graduated from Hong-ik University with a B.F.A in Printmaking and received her M.F.A from SUNY at Buffalo. She is currently a Visiting Assistant Professor in the Department of Art & Art History at the University of Rochester.

Shin's work has been shown nationally and internationally at institutions across the United States, the UK, Spain, and South Korea. Leading numerous printmaking workshops with a number of art organizations, Shin focuses on both traditional and contemporary printmaking practices to promote a multidisciplinary approach to the medium. Mizin Shin is a co-founder of Mirabo Press in Buffalo, NY, vice president of the Print Club of Rochester, and a board member of Mid America Print Council.

Rachel Shelton is an interdisciplinary fine artist from Buffalo, NY. She is a Co-Founder of Mirabo Press. Rachel received her B.F.A. from the Cleveland Institute of Art in 2011 with a concentration in Printmaking. Her work, centered around this practice, also includes bookmaking, drawing, enameling, and sculpture. Rachel received her M.F.A. from the State University of New York at Buffalo in 2017. At both the undergraduate and graduate level, she has studied the methods and theories used in the fields of Archaeology and Anthropology to gain an overhead perspective of the evolution and organizational structures of human populations.

Bob Fleming is a visual artist. His practice includes painting, printmaking and other media (including film). He worked as a lawyer for a number of years, while maintaining an art practice, and is a co-founder of Mirabo Press, a printmaking studio and edition facility in Buffalo, New York. An exhibition of his recent prints was held at Western New York Book Arts Center, Buffalo New York, in 2018. 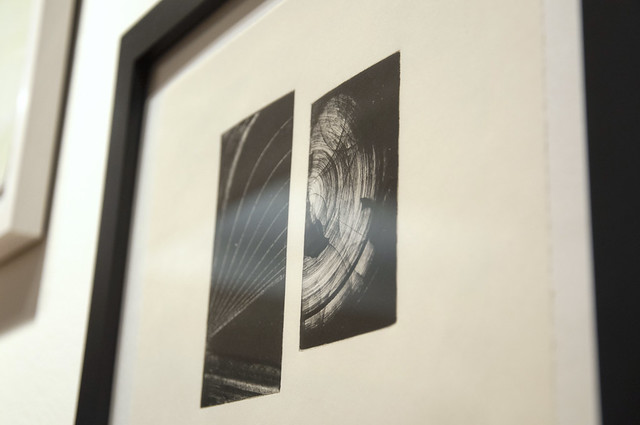