In the next post in our series of staff blogs at Main Street Arts we share some of our favorite recipes with you. We hope that this series will give a little insight into who we are, our backgrounds, and our interests. This will be an ongoing feature that will continue throughout the duration of our closure due to COVID-19.

Brad
I was going to share some of my favorite go-to Mexican food recipes but I don’t have any corn flour and Sarah and I were in the mood for pizza—and who doesn’t like a good homemade pizza anyway! First, I should let you know that I found my crust recipe here: Pizza Crust at the end of 2019 and I like it. It makes enough dough for 2–3 crusts, depending on how large your pan is. For years, I used a handwritten crust recipe that I made in home and careers class in 1997 but then I think I lost the recipe. Then when Sarah and I got married, we got a bread machine and I used a recipe that came in the instruction booklet for a while. This is my new go-to. I have tried so many others—including gluten free. I say, if you can eat gluten DO IT. Also, this may be controversial but cauliflower doesn’t belong in a pizza crust!

Let me say that what I am sharing here is not a recipe. I usually don’t follow a recipes—aside from the pizza dough—and if I do, it usually ends up being a guide. I like to think of myself as a good cook but sometimes I take things too far and Sarah says something like “yeah, this is a very ‘Brad’ meal.” I like flavor, I like to use a lot of ingredients, and I like to improvise.

For my pie—pizza pie, that is—I went with some of the usual suspects in our kitchen: mushrooms, olives—both black and Kalamata, banana peppers, tomato, mozzarella cheese, pesto, and garlic. We typically don’t do red sauce on pizza, and we love making our own pesto from our backyard basil plants. We try to always have a frozen pesto stock-pile on hand.

I let the pizza stone warm up as the oven does and always crank it to about 450°F. Once the dough is stretched and toppings are added, I just keep checking to see when it’s done. That’s how I always cook, never by timing just by checking and testing.

If I had a pro tip it would be this: baste your crust with melted butter and then top it with course-ground salt and parmesan cheese. And don’t be afraid to crowd that crust with toppings.

Sarah
Brad really enjoys cooking and coming up with new meals to make. I, however, despise cooking. It feels like such a waste of time to me — it takes forever and it’s gone so quickly. I find no pleasure in it whatsoever. Needless to say he does all the cooking in our house, which I am super thankful for and appreciative of. And, most of the time, the things he makes are super delicious! He makes a killer Mexican feast — handmade tortillas, sautéed peppers and onions, refried beans from scratch, freshly made guacamole.

Since I lack skills in the kitchen, I will share with you two of my favorite recipes of things I actually CAN make.

Recipe #1: Gin and Tonic
• One (very full) shot of Tanqueray London Dry Gin
• A splash of sugar water (dissolve some sugar in water, keep it in the fridge for g&t’s)
• The juice of half a freshly squeezed lime
• A splash of lime flavored seltzer water
• One or two ice cubes (never more than this)
• Add a lime wedge to the rim of the glass to be extra fancy

Recipe #2: Margarita
• One shot of reposado tequila (Preference: Don Julio. Passable: Espolon)
• Half of a shot of orange liqueur (Preference: Patron Citronge. Passable: Triple Sec)
• Splash of orange juice
• The juice of one (large) lime a freshly squeezed lime
• One or two ice cubes (never more than this)
• Salt the rim of your glass and add a lime wedge

Rachel
When I first moved to Rochester, my son and I would have brunch dates together every Sunday. From the time he was five until about eleven, this was a fairly regular ritual of ours. We tried every diner, every fancy place in the Finger Lakes, and everything in between. One of our favorites was on Park Avenue at a joint called Piranha, where they served a brunch item called the “sushi breakfast bowl.”

(This was while my son was still pescatarian, before he became full vegetarian, but for vegetarians, this is so easy to modify.)

Here’s what it is:
A bowl of rice, avocado, bacon (if you want), egg (however you want it, but runny is the right way), spicy tuna, and any fruit you prefer (but the more citrus and tart the better.)

Piranha closed fairly quickly before it became Furoshiki. And my then-husband suggested that we just make it at home: “It’s easy.”

So here’s my version of it:
• Cook the rice and bake the bacon while you prepare the tuna
• Mix 1/4 cup of mayo and 2 tablespoons of Sriracha in a bowl
• Cut sushi grade tuna (Wegman’s has it in their sushi section) into bite-sized squares coat them in the mayo-Sriracha mixture.
• Sprinkle some sesame seeds on the tuna
• Cook an egg however you prefer it to top the dish
• When the rice and bacon are done, put them into bowls for serving, with spicy tuna, raspberries, blackberries, mango slices, avocado slices, and a sunny-side-up egg on top

I’ve described this to several people who think it sounds gross, but I promise, it’s a winner. I actually had it for Mother’s Day breakfast this year 🙂

Maria
My latest favorite food has been cauliflower “wings”. They are so delicious and easy to make. I’ve gone from using one head of cauliflower to using two for a meal because they get eaten up so quickly. I usually make the hot sauce mixture and keep it on the side instead of pouring it all over the cauliflower so I can control the spice level. Bleu cheese or a homemade ranch on the side is a must.

Directions:
• Preheat oven to 400 degrees
• Cut the cauliflower into small chunks
• Mix the water, milk, flour, spices and salt and pepper
• Add the cauliflower to the mixture and stir around until all of the cauliflower is coated
• Put cauliflower on greased baking sheet and bake about 20 minutes, flipping halfway through.
• Mix the hot sauce and butter in a pan and cook until butter is melted 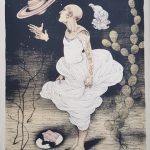 The Print Club of Rochester

In writing this blog post, I hope to accomplish several things – to speak about the Print Club of Rochester, its history and purpose, to 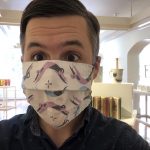 For this post, I started out with a plan to talk about our current exhibition, Biblio Spectaculum. It’s an exhibition that we weren’t sure would 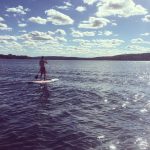 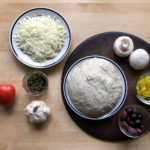 In the next post in our series of staff blogs at Main Street Arts we share some of our favorite recipes with you. We hope 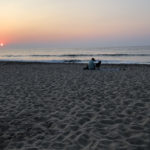 In the next post in our series of staff blogs at Main Street Arts we share some of our favorite travel spots with you. We 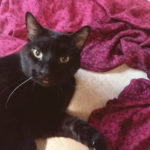 Get to know our furry four-legged co-workers in this next post in our series of staff blogs at Main Street Arts. We hope that this series

Main Street Arts is open by appointment only
Tuesday through Saturday from 11 a.m. to 6 p.m.