The next post in our series of staff blogs at Main Street Arts provides you with some of the movies and tv shows we are watching. We hope that this series will give a little insight into who we are, our backgrounds, and our interests. This will be an ongoing feature that will continue throughout the duration of our closure due to COVID-19.

Since I don’t have WiFi at my house, my resource for getting new movies has always been the library. Unfortunately, with libraries being closed currently, I don’t really have anything to watch. I do, however, have the Cats Musical (from 1998) checked out from before the shutdown (now with a due date in June!) My children love watching scenes from Cats and frequently act out their own cats scenes, complete with undulating arms and vibrato singing!

Sometimes in the evening I’ll flip through the local television stations and watch old Seinfeld episodes at night.

I’m certainly looking forward to being able to check out movies from the library again, since it’s nice to unwind and escape at the end of the day once the kids are asleep.

I’m trying to minimize the amount of TV time lately, but there have been a few shows and movies that I’ve been enjoying.

To cheer myself up, I’ve also been catching up on Broad City, which I didn’t realize that there were new episodes on Hulu. It’s obviously hilarious and I’m the exact audience for a woman-driven comedy with political undertones.

I watched a good deal of Killing Eve as well. It’s plot-forward and the characters are colorful, fleshed out. It’s the kind of show that will pass time, though I wouldn’t rave about it to anyone I know personally. It’s a perfectly fine show.

My background in graphic design influences a lot of different aspects of my life. It’s how I approach most things and I can see its effect in almost everything I do. I’ve been following the work of Austrian graphic designer Stefan Sagmeister since I was in design school and Brad and I even had the chance to hear him speak at RIT in 2009. I think we were among the final few people who were able to snag a seat. His talk was really inspiring and really, really funny. 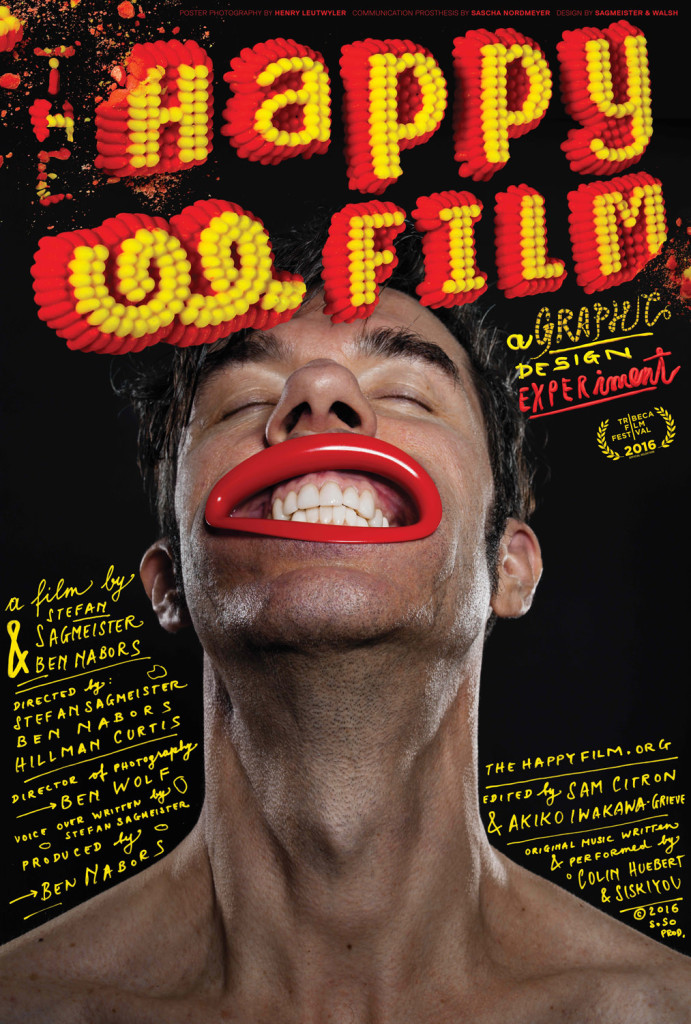 That talk was one of many that he did around the time he began filming for his movie “The Happy Film” which I have wanted to see since it came out in 2016 but never have. As I was scrolling through my Instagram feed last week, a post of Stefan Sagmeister’s appeared stating that “The Happy Film” was now available to view for free on Amazon Prime. Within the hour, Brad and I were watching it. 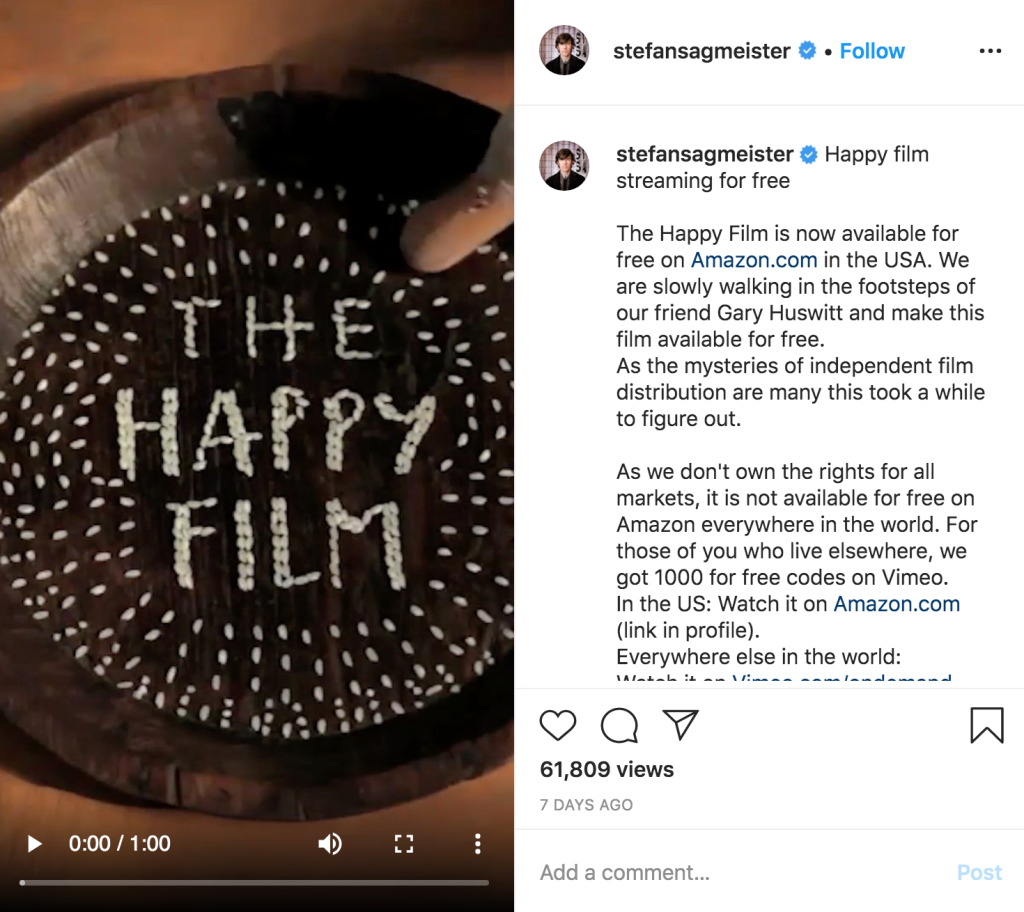 This film has everything and nothing to do with graphic design. Even if you have no interest in design, I encourage you to watch it because while it is about a designer and has references to various design topics, it is 100 percent about the elusive quest for happiness. In it, Sagmeister holds three experience to see if he can “train his mind to get happier” — meditation, therapy, and drugs. 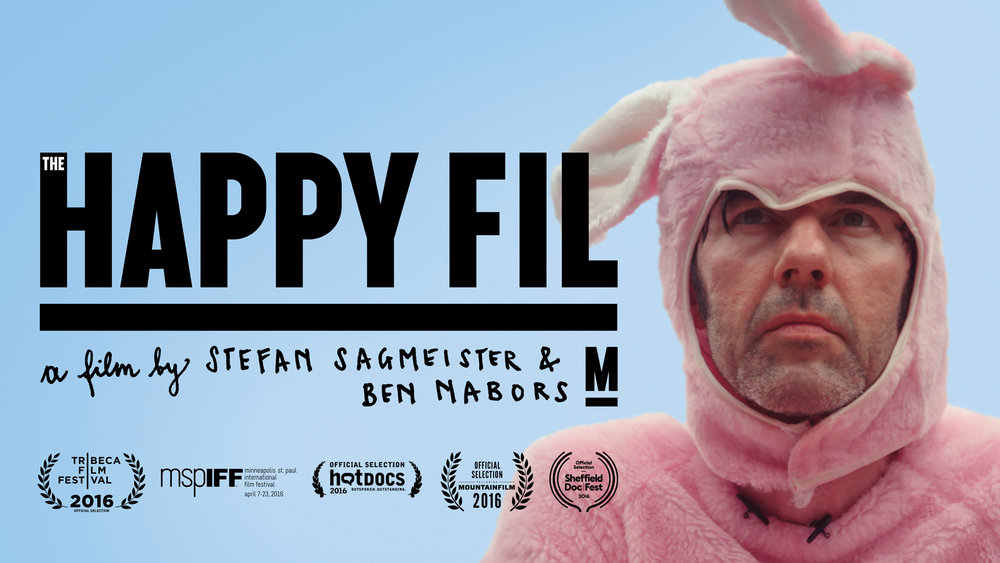 From a graphic design point of view, the visuals in this film are incredible, no doubt. But, I have to say that I was pleasantly surprised by the number of moments where the words—the ideas, the concept of happiness and life—resonated with me so strongly. Please, please do me a favor and watch it!

Currently, Sarah and I are re-watching Mad Men again on Netflix. It seems as though we watch this show annually. This is the sixth time—maybe more?—watching it in its entirety.

While this may seem excessive, we do this with movies too. We put on a movie we have seen 30+ times because we love it. We recently watched Girl Interrupted again on VHS—we still have a DVD/VCR player and a small library of DVDs and tapes—And yesterday watched Fantastic Mr. Fox, which is another favorite.

We find something new to think about each time we re-watch something, or maybe re-watching a movie or series takes us back to the time we first saw it. Like re-watching The Goonies or Indiana Jones and the Temple of Doom takes me back to my childhood.The thing we like about Mad Men is that it is so multi-layered. Different characters seem to take on different roles each time. Subtleties that went unnoticed the first time are now blatant and make you reconsider the entire arc of how that character develops over the seasons.

When I know certain parts are coming up, I start to smile and belt out a laugh when they happen. Like when Roger Sterling pukes up oysters, vodka, and cheesecake after walking up 23 flights of stairs! Also, in this most recent viewing I realized that Don pays Hollis to pretend the elevator is out of order as an act of revenge.

We recently watched a few other shows on Netflix which were pretty good including: Good Girls and End of the F***ing World. I watched the second season of Dark at the beginning of the year and that might be on my shows to watch again soon.

Keep an eye out for next week’s Get To Know Us blog post!

Main Street Arts is now open by appointment only on Wednesdays, Fridays, and Saturdays.